Consulate General of the Netherlands in St. Petersburg

The Contest is dedicated to the 135th anniversary of LETI, St. Petersburg Electrotechnical University

Historical buildings of LETI make the postcard views of St. Petersburg, and its campus on the Apothecary island is the popular site for numerous films and TV series about life and events in St. Petersburg – Petrograd – Leningrad.

The competition was attended by young architects and designers, students and professionals up to 35 years old. More than 200 projects of transformation of university spaces were presented. 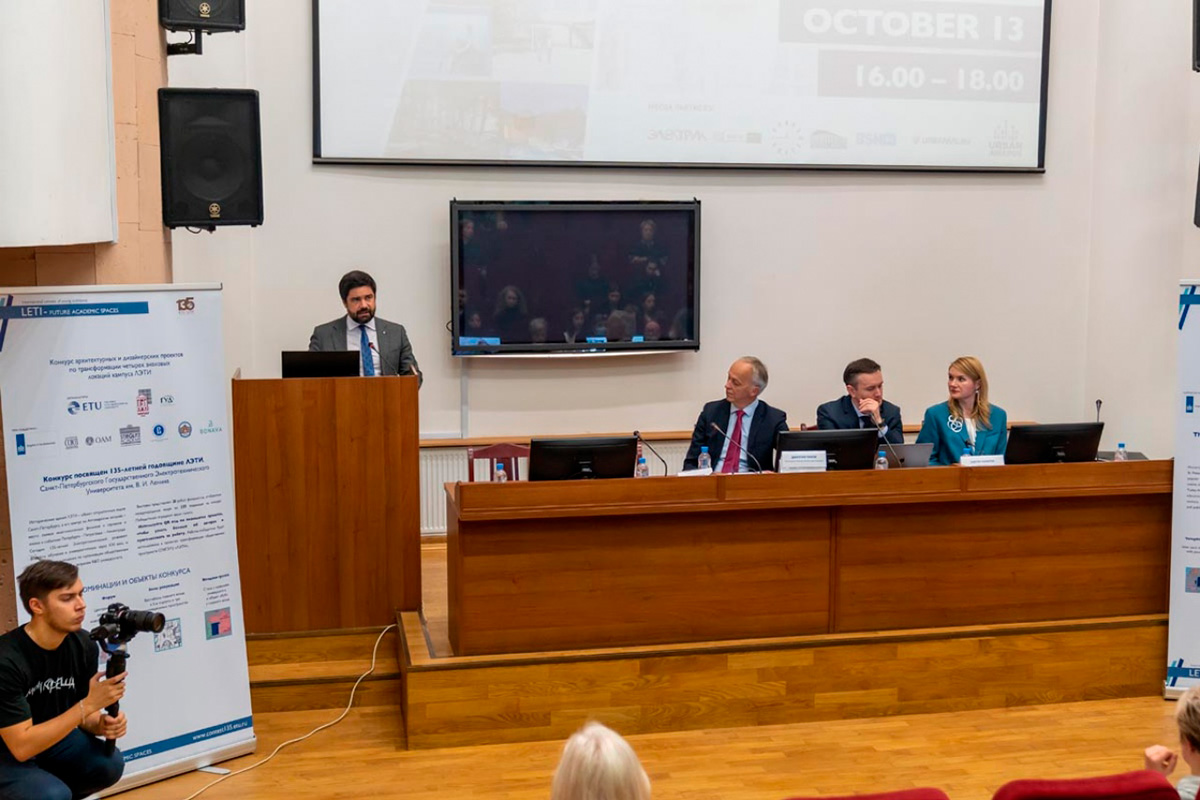 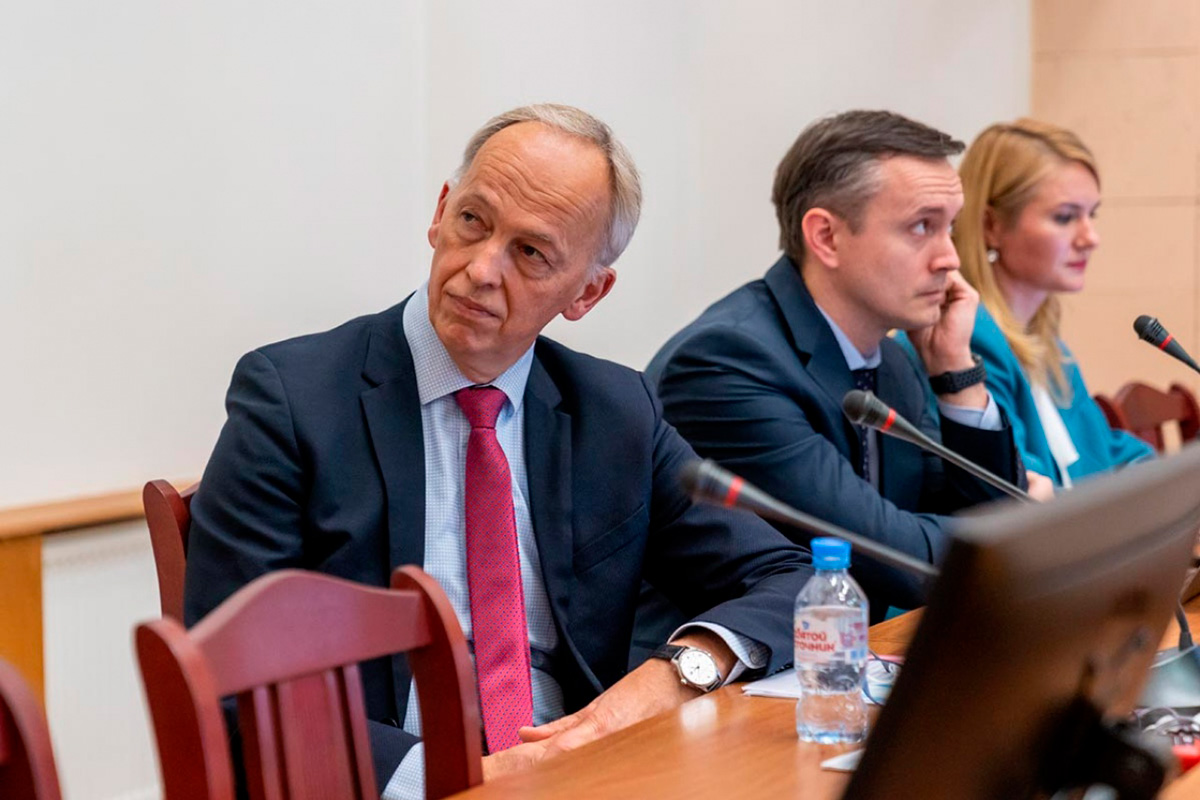 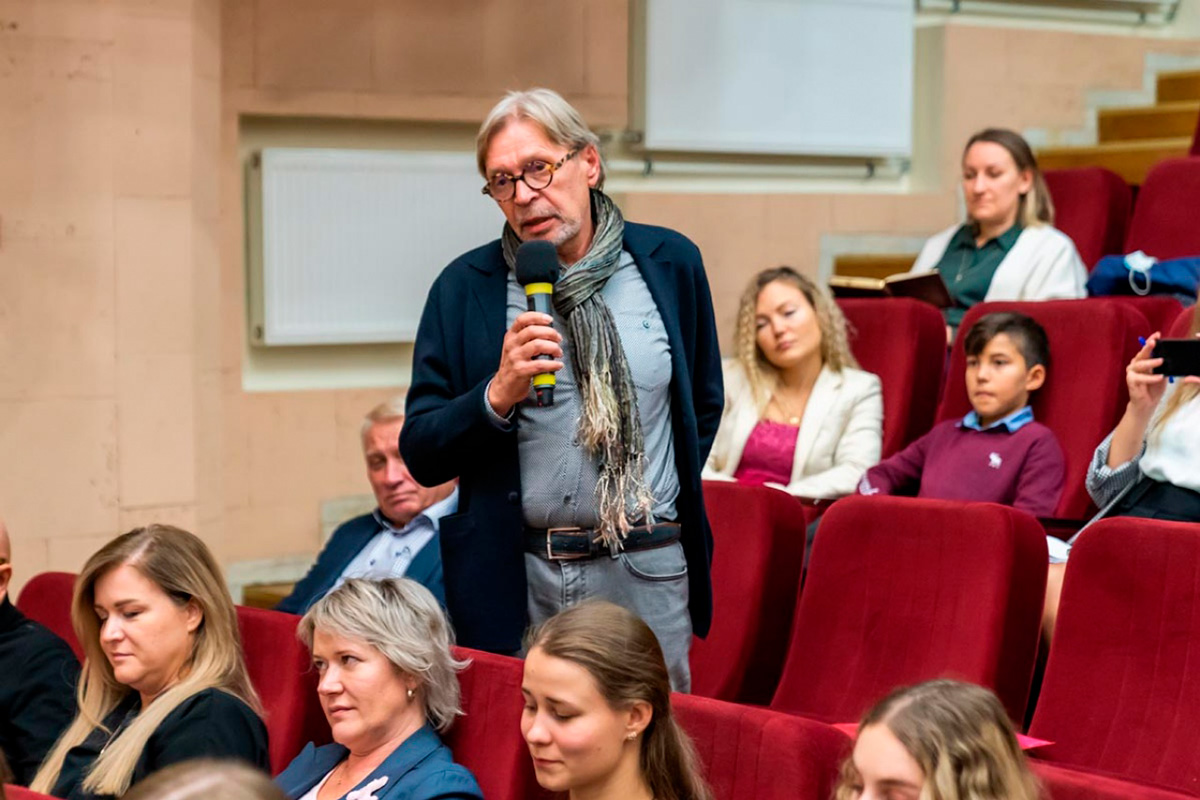 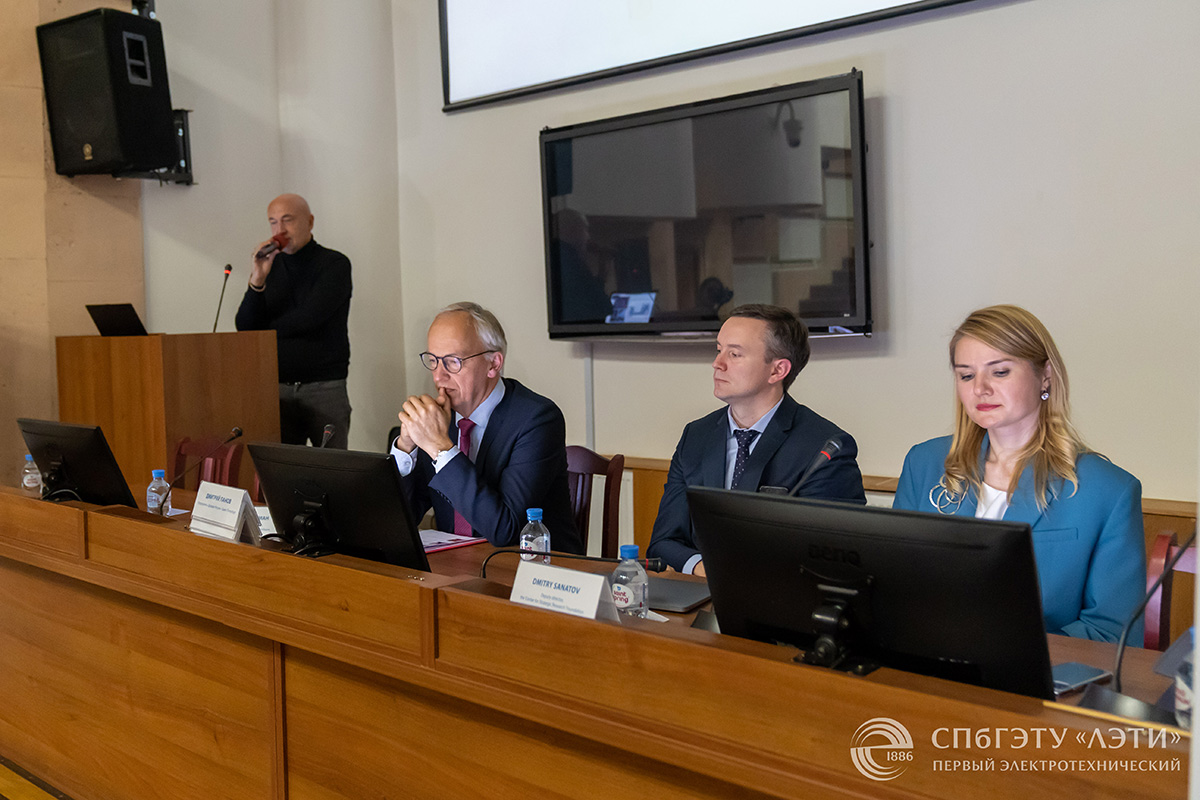 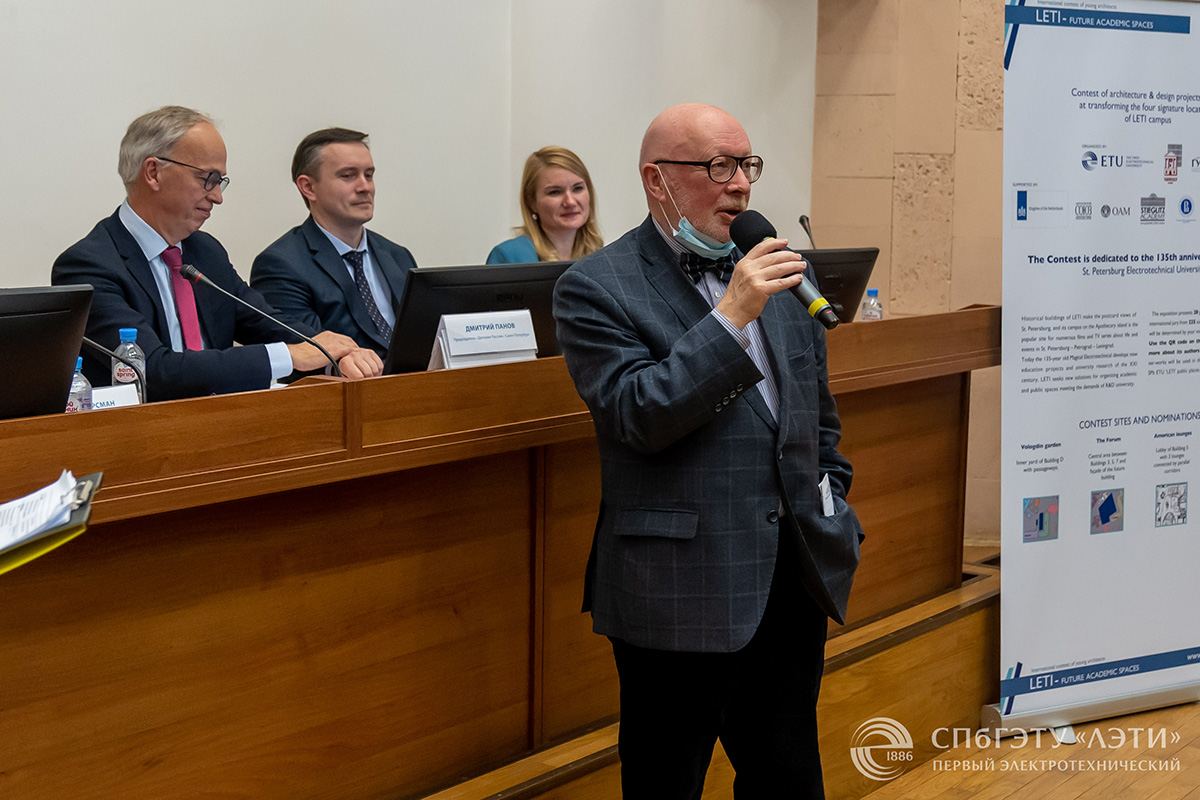 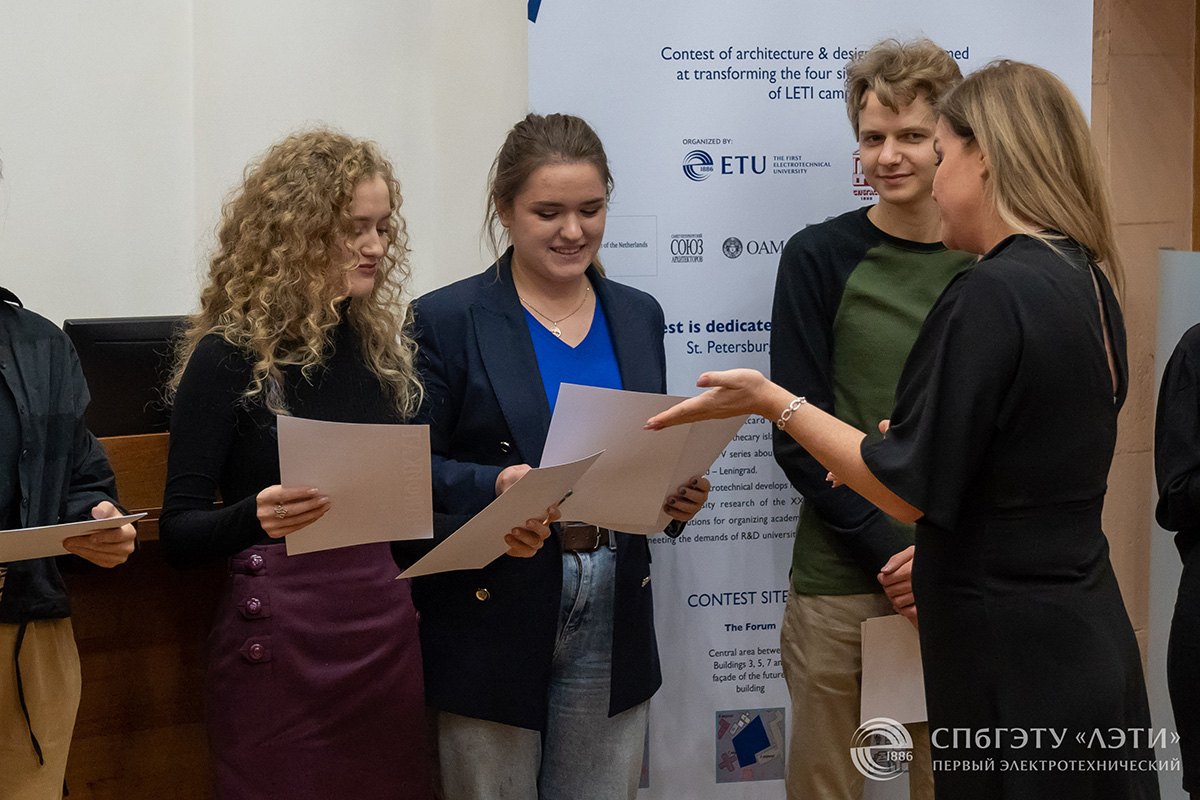 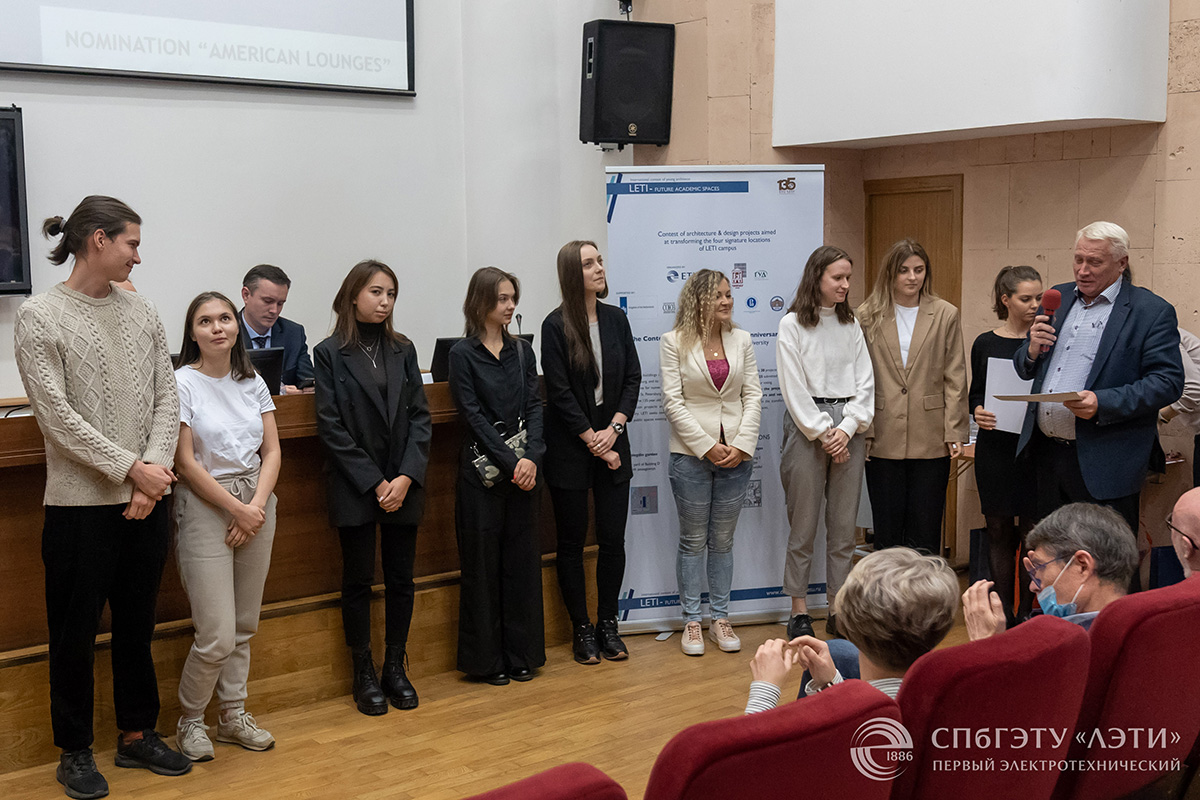 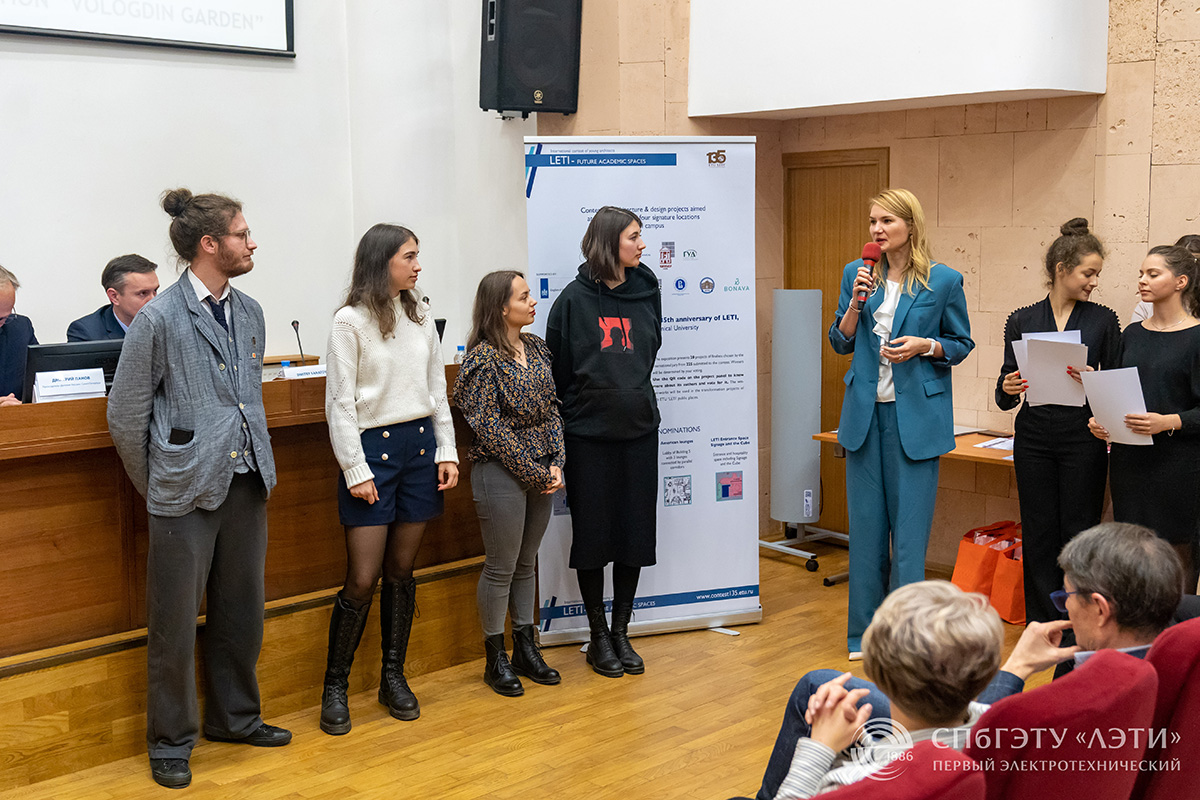 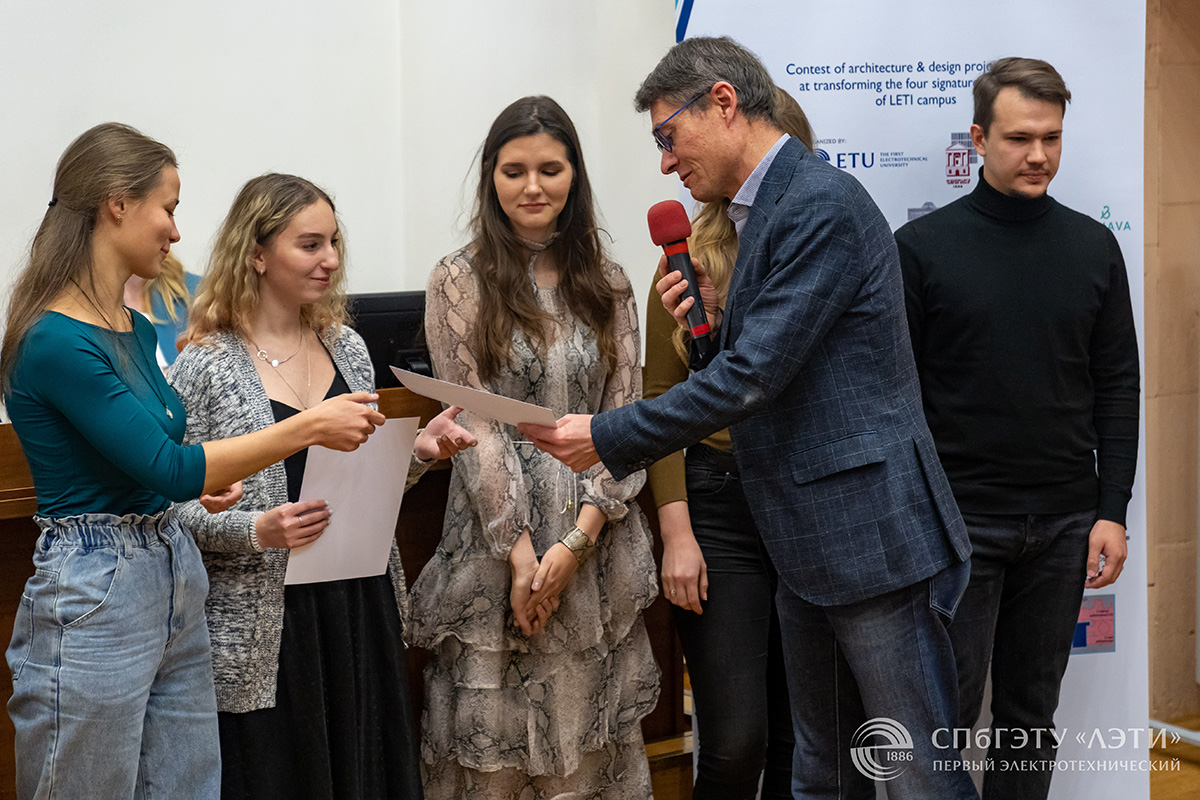 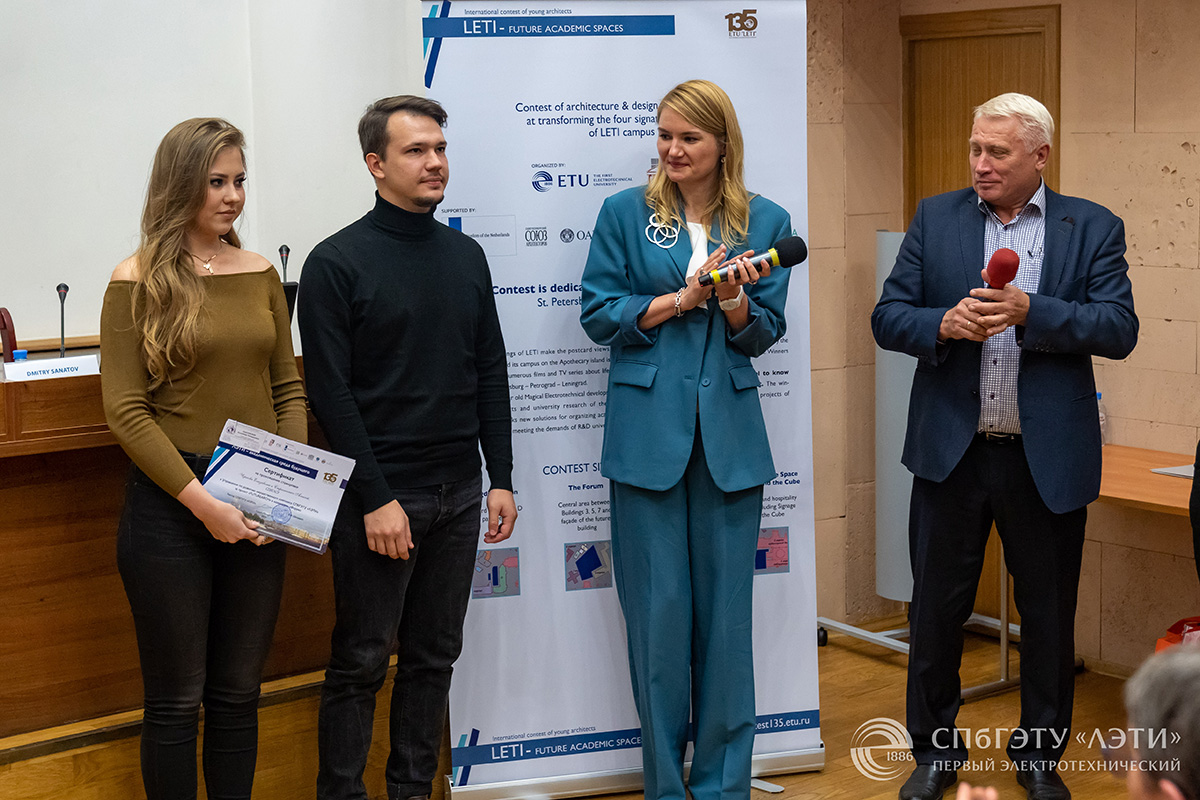 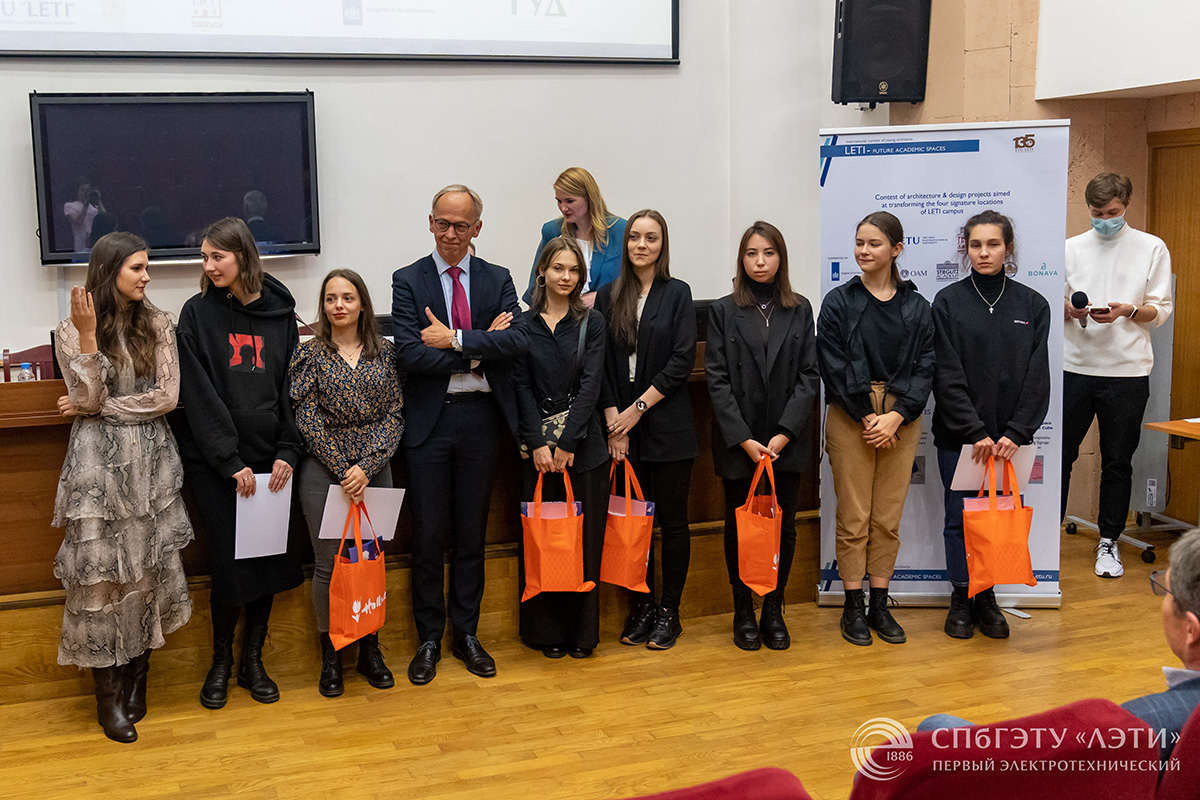 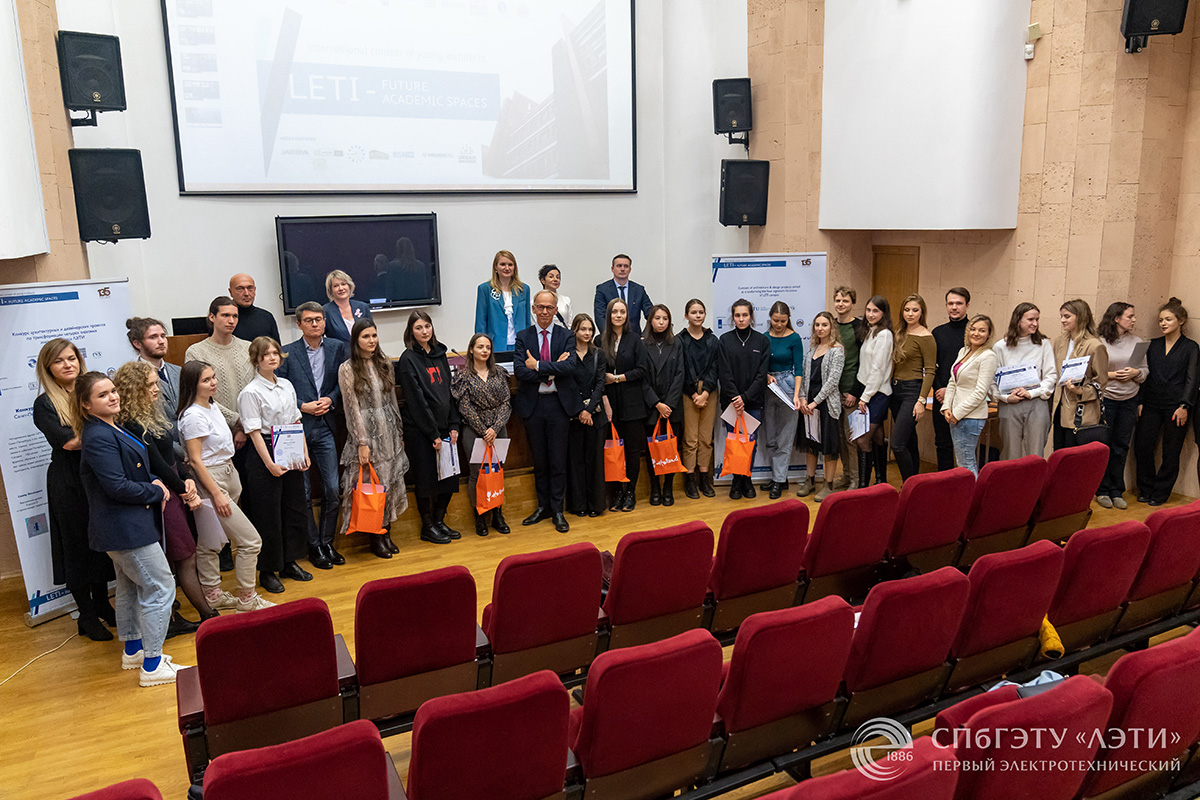 September, 7
Students' discussion on the campus development "University – My Place" 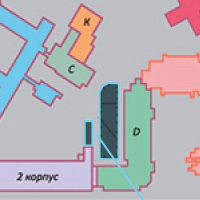 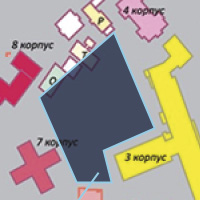 Central area between Buildings 3, 5 , 7 and façade of the future building. 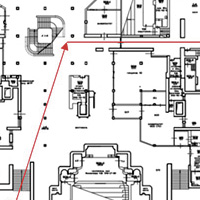 Lobby of Building 5 with 3 lounges connected by parallel corridors. 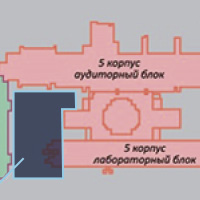 Entrance and hospitality space including Signage and the Cube 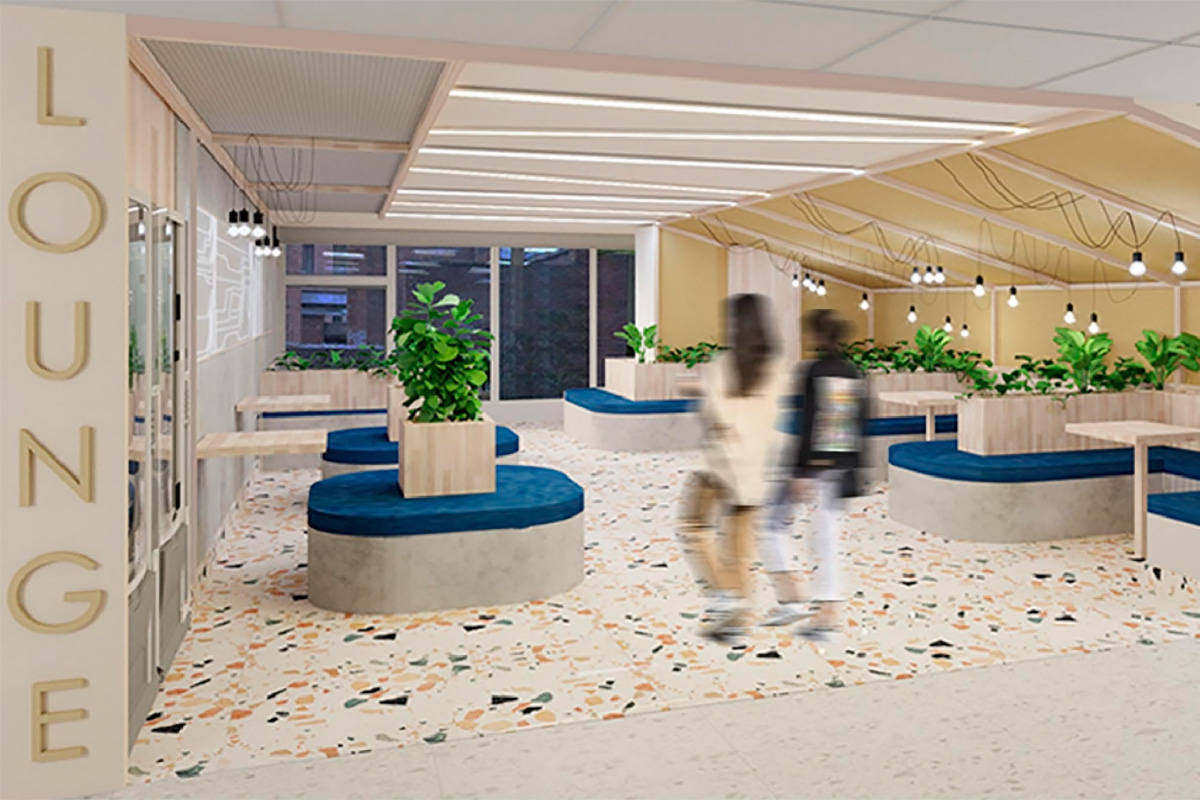 LETI Has Chosen Best Projects for Transforming Its University Spaces

LETI announced the winners of the "LETI: Future Academic Spaces" contest for young architects, whose projects will make an update for the university's iconic locations… 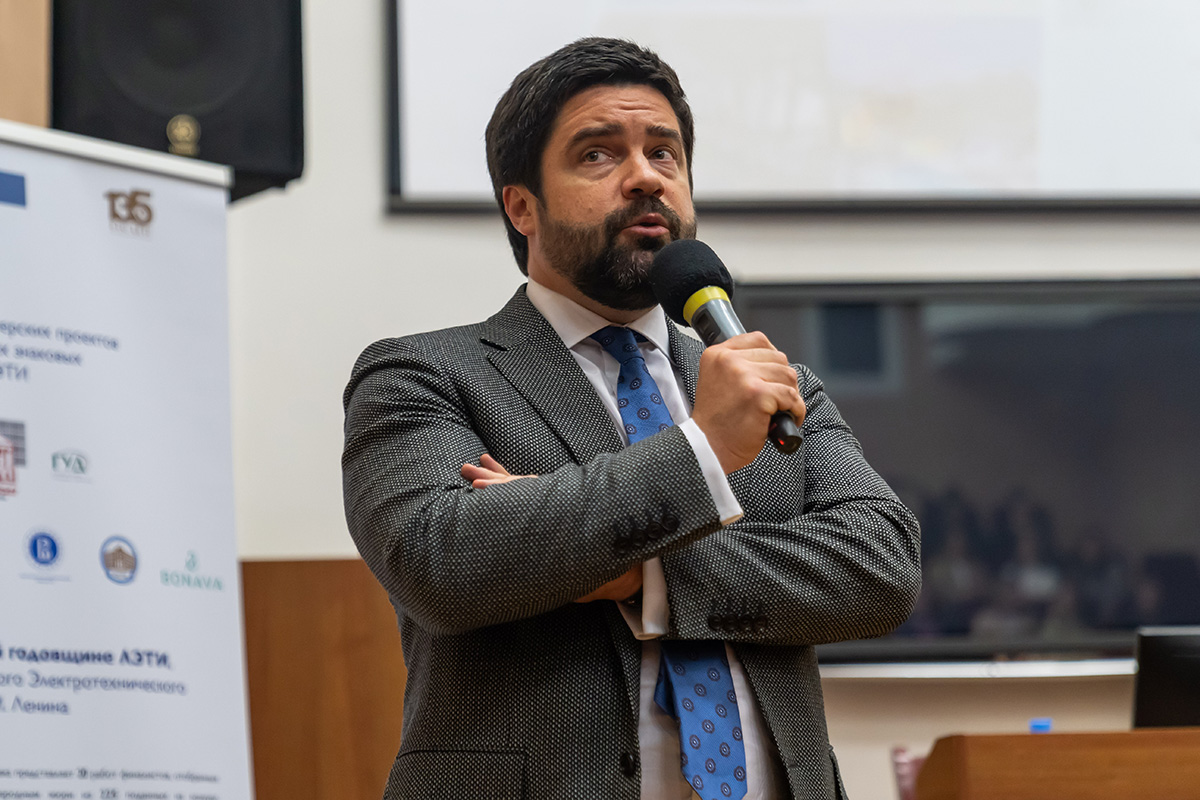 Intelligent Development: How to Integrate a University into the Urban Environment 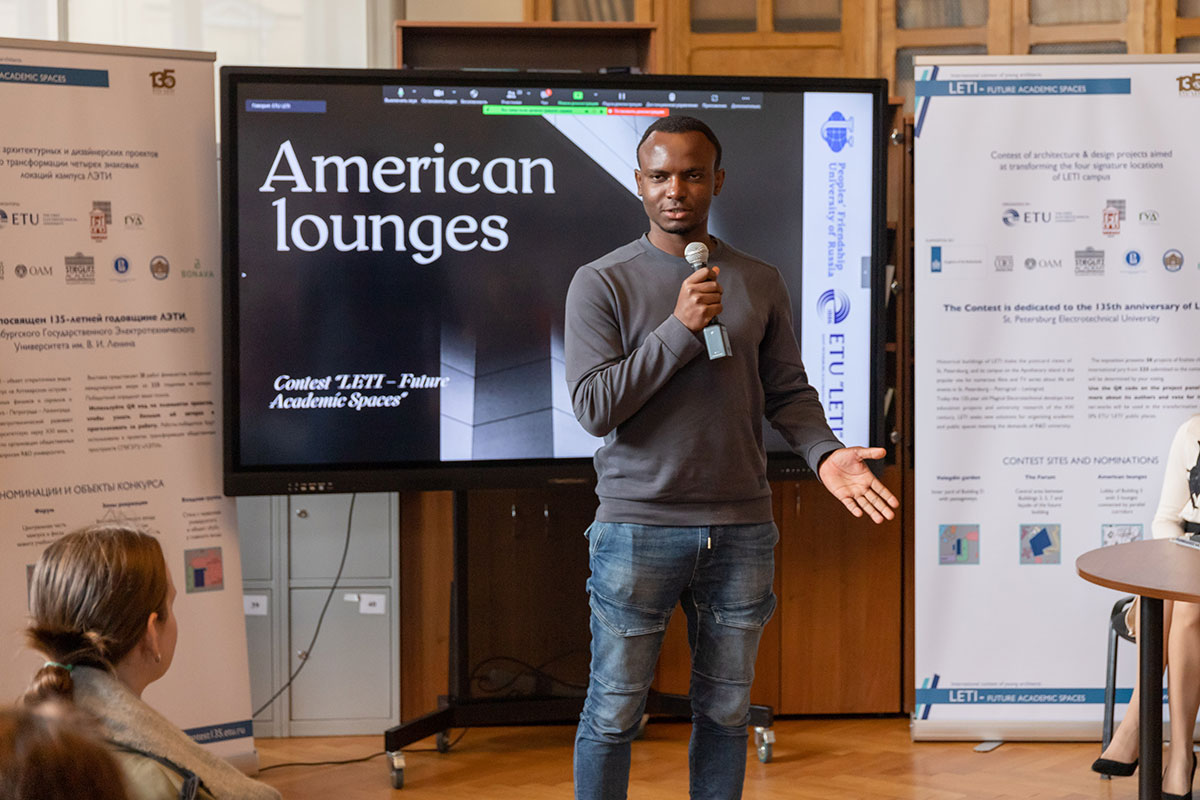 Screens, Trampolines, and Interactive R&D Project Exchange: How LETI Students See the Transformation of Its Spaces

International and Russian students of LETI discussed proposals for the development of public spaces on the campus, opening a public vote for the best project of the architectural contest "LETI: Future Academic Spaces"… 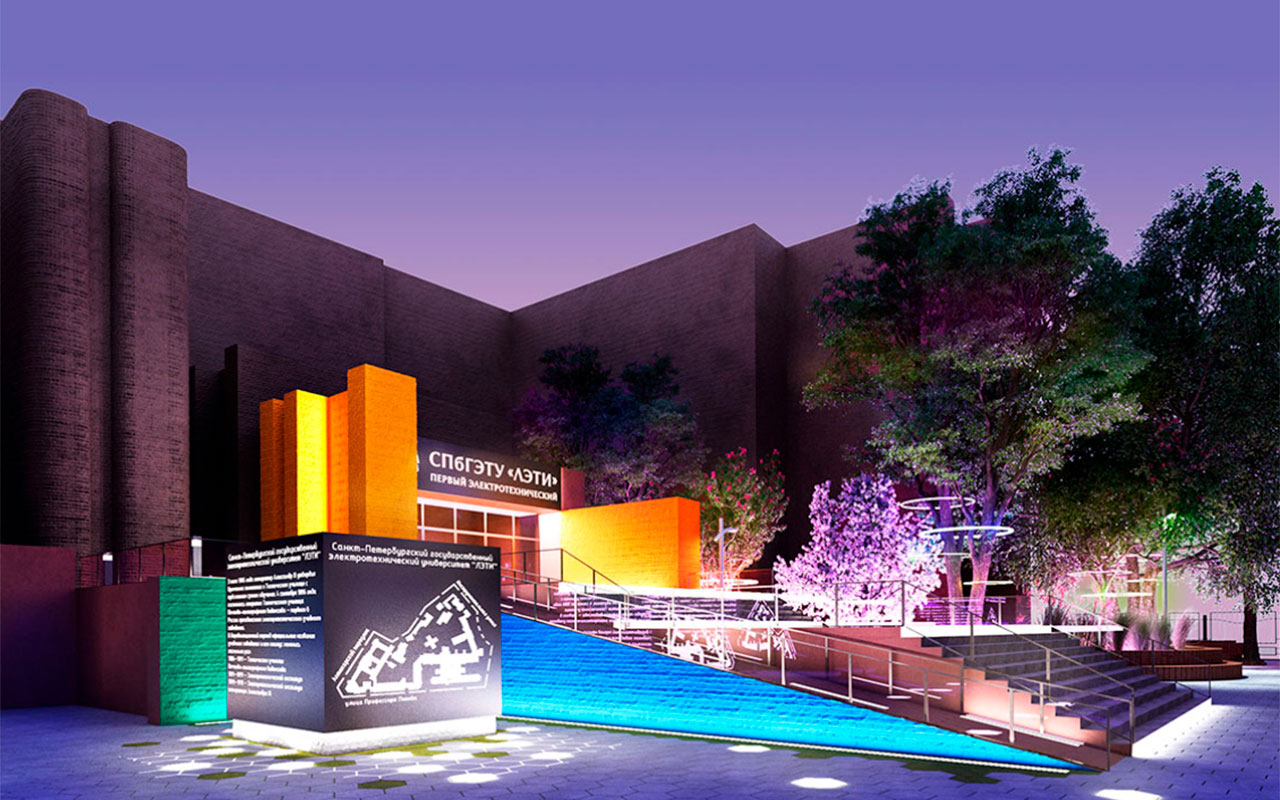 A jury of the contest "LETI - Future Academic Spaces" presented twenty projects, which will compete for the right to be implemented in the university… 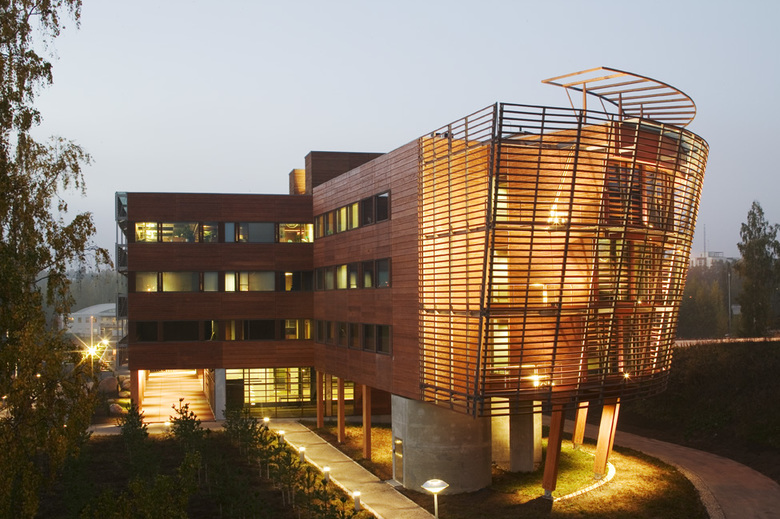 Pekka Helin, a member of the jury of the contest to transform LETI's spaces, spoke about the role of tradition and innovation in architecture and his student projects… 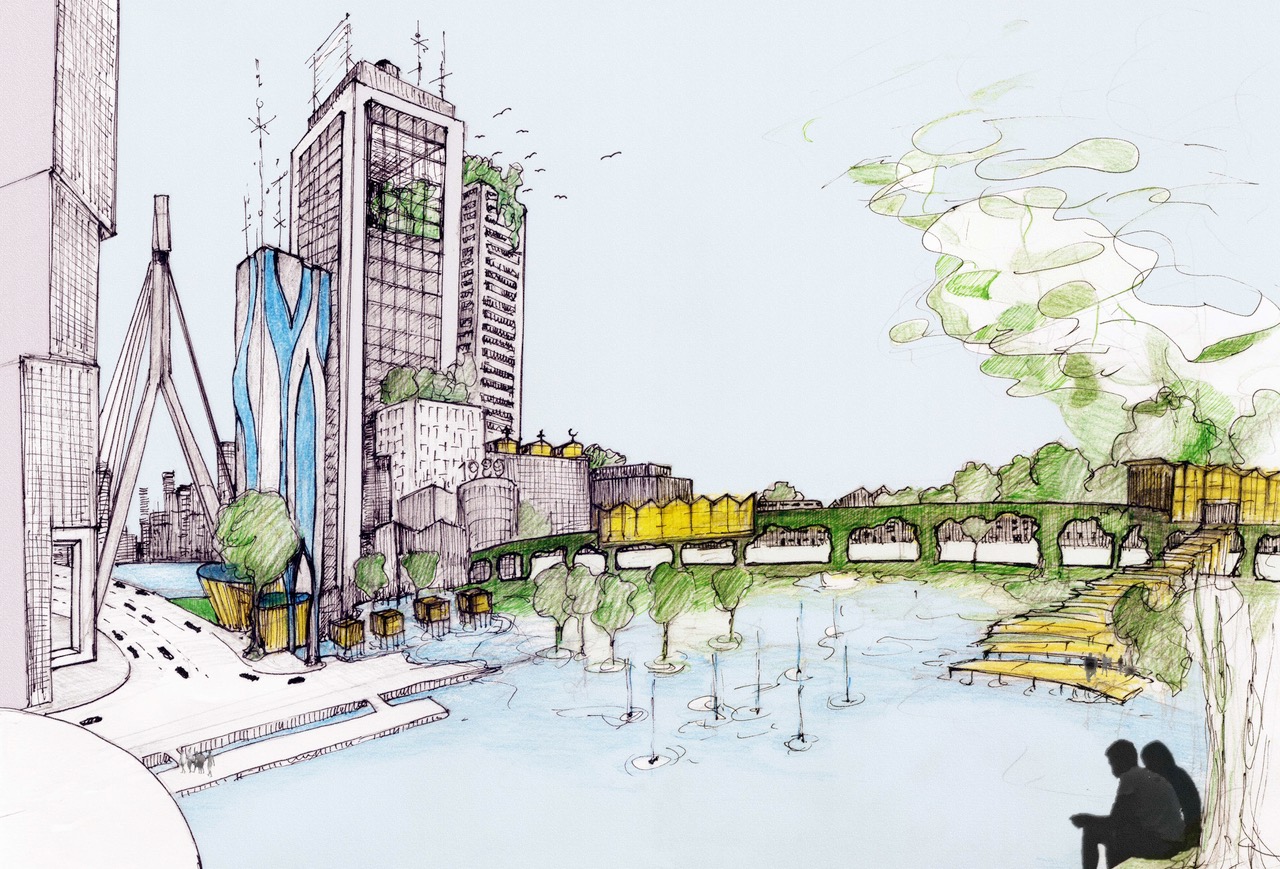 Design that Wins: How a Space Can Become the Place

Ruud Reutelingsperger, a member of the Jury in the Contest "LETI – Future Academic Spaces," shares his opinion about the winning design for public spaces, St. Petersburg development, and story-telling places… 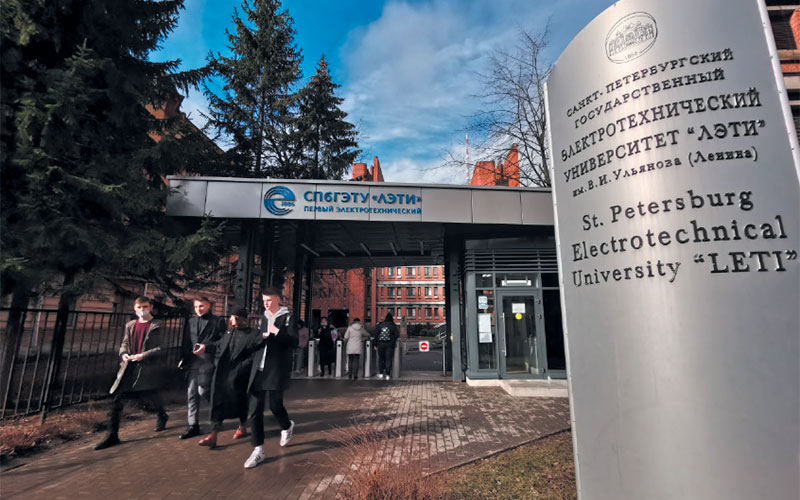 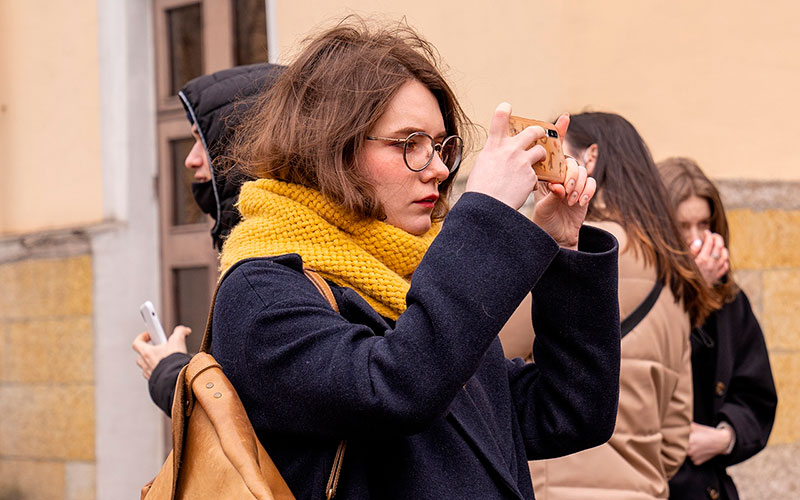 GASU Invades LETI and Measures it 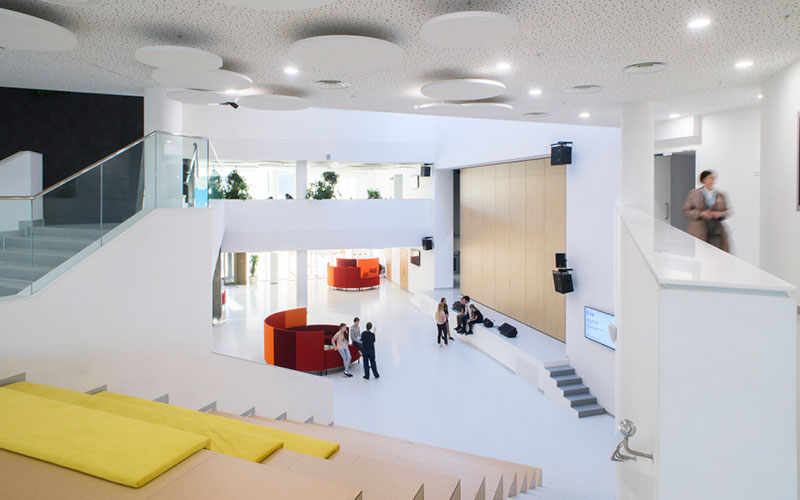 In an interview, Dutch architect Pascale Leistra talks about approaches to campus development in the Netherlands and around the globe and how ETU “LETI” can use it to reinvent its public and learning spaces…